Analysis of PTEX88 expression and localisation across the intraerythrocytic life cycle, Immunofluorescence performed on ring-stage, trophozoite and schizont-stage PfPTEX88-HA parasites and dual-labelled with anti-HA and either anti-HSP101 or anti-EXP2 antibodies. DAPI labeling denotes the parasite nucleus, DIC; Differential interference contrast. Scale bar represents 5 μm. At the ring stages, PTEX88 co-localizes with HSP101 and EXP2 at the PV/PVM. However, during the trophozoite stages, PTEX88 localisation is less distinct – it remains in close proximity to HSP101 and PTEX150 in the PV, but to a lesser extent with EXP2, which remains at the PVM until parasite egress. It is not clear whether the PTEX88 labeling within the parasites represents the disassembly of this component from PTEX or its dynamic association of this component with PTEX. During schizogony, newly synthesized EXP2 and HSP101 is trafficked to the dense granules and as PTEX88 and HSP101 labeling co-localize by IFA, this indicates PTEX88 is also trafficked to these organelles and secreted along with the other PTEX components.

PubMed Article: The malaria PTEX component PTEX88 interacts most closely with HSP101 at the host-parasite interface 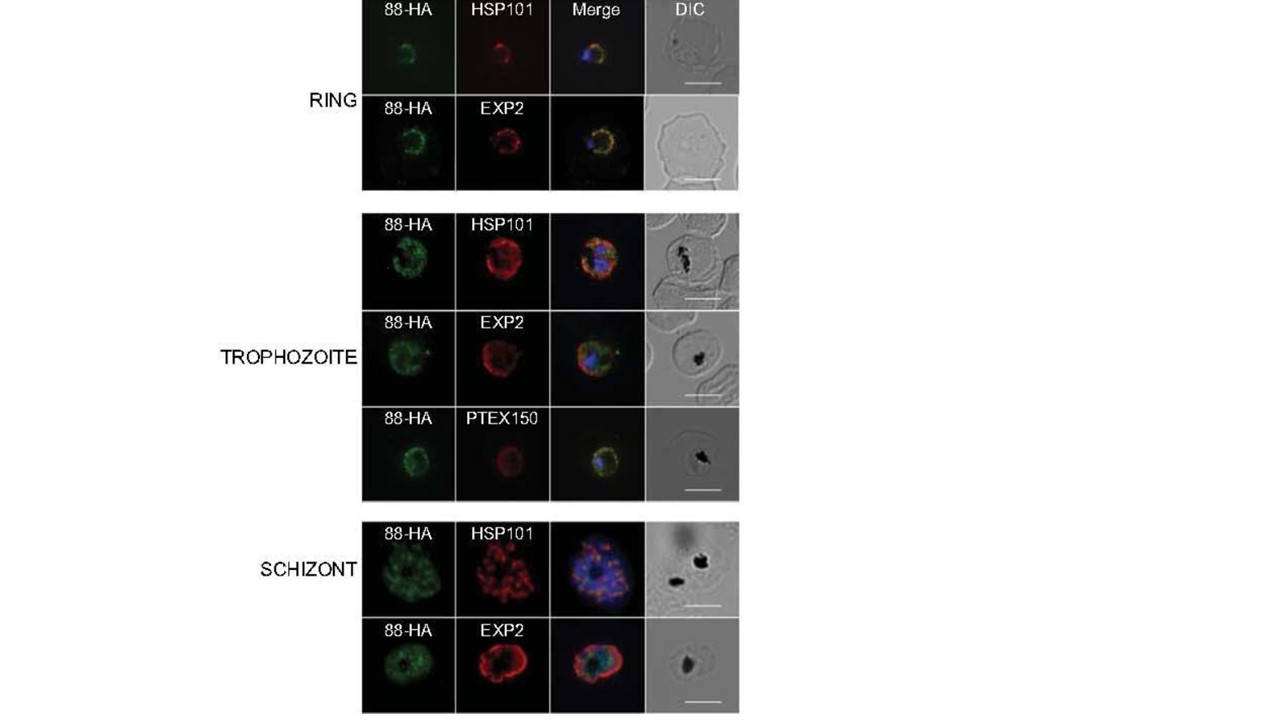